German payments provider Wirecard has said there is a likelihood that the €1.9 billion ($2.13 billion) missing from its accounts simply does not exist. This comes after the company’s CEO resigned last week over fraud suspicions.

The scandal-hit firm also said on Monday it was withdrawing its full-year 2019 and first quarter 2020 financial results, as well as financial targets for 2025. “Potential effects on the annual financial accounts of previous years cannot be excluded,” it said.

“The Management Board of Wirecard assesses on the basis of further examination that there is a prevailing likelihood that the bank trust account balances in the amount of 1.9 billion EUR do not exist,” Wirecard said in a statement. “The company previously assumed that these trust accounts have been established for the benefit of the company in connection with the so-called Third Party Acquiring business and has reported them as an asset in its financial accounts.”

Wirecard also said it was examining a range of possible measures to ensure the continuation of its business operations, which include cost reductions, restructuring, and the disposal or termination of business units.

The firm’s longtime Chief Executive Officer Markus Braun stepped down last week after auditors Ernst & Young (EY) said on Thursday that €1.9 billion was missing from Wirecard’s accounts. The EY was scheduled to publish Wirecard’s 2019 annual report on Thursday but said it would not be able to, because it could not confirm the existence of €1.9 billion in cash balances on trust accounts.

Meanwhile, the central bank of the Philippines said on Sunday the documents produced by Wirecard appeared to be false, and that none of the missing money ever entered its financial system. The regulator added that the names of two of the country’s biggest banks — BDO and BPI — were used to try to mislead eventual investigators.

A fintech company that was founded in 1999 and is based in Munich, Wirecard boomed in recent years as a provider of digital payment services. It succeeded in making contactless payments seemingly effortless for hundreds of thousands of merchants, with customers including Apple Pay, Google Pay and Visa.

The missing €1.9 billion has created serious financial issues for Wirecard. Stock in the company has now fallen 85 percent since the scandalous revelations last week, combined with the threats of shareholder lawsuits. Wirecard was valued at €24 billion at its peak and was part of Germany’s prestigious DAX 30 index. 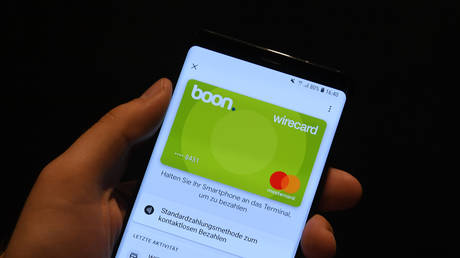