Washington tells Deutsche Bank to wind up its business in Russia

Washington tells Deutsche Bank to wind up its business in Russia

Deutsche Bank is reportedly planning to expand its Russian business, despite a spate of scandals connected to cases of money-laundering, and a series of hefty fines for failure to act against them.

The call from Chicago-based law firm Jenner & Block came as the efforts taken by the bank’s subsidiary in Russia against money-laundering practices were deemed insufficient, according to sources connected to the matter as quoted by the Wall Street Journal. The monitors reportedly said Deutsche Bank runs a high risk of potential prosecution if it keeps doing business in Russia.

The US set up a watch on the financial activity of Deutsche Bank’s branch in Russia after one of the world’s biggest lenders was fined $425 million by the New York State Department of Financial Services and £163 million by the UK Financial Conduct Authority, in connection with laundering $10 billion out of Russia.

The monitoring agency has no legal right to dictate the bank’s policy. However, the monitors can pass on information to the New York financial watchdog, which is in a position to impose fines and introduce sanctions.

Earlier this year, US regulators suspected Deutsche Bank of facilitating more than half of the $2 trillion of suspicious transactions around the world that were flagged between 1999 and 2017. 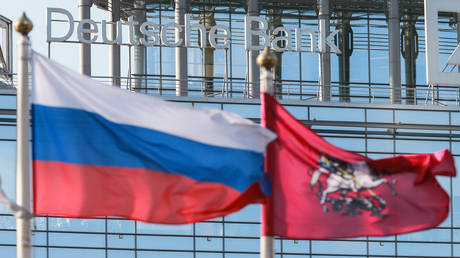