The US Commerce Department has introduced duties on common alloy aluminum sheet from 18 nations. The tariffs come as a result of an anti-dumping and anti-subsidy investigation launched under the Trump administration.

The duties on common alloy aluminum sheet, which is used in building facades, truck trailer bodies, and street signs, were announced hours after the Senate voted to confirm Rhode Island Governor Gina Raimondo as the new commerce secretary.

Germany reportedly had the highest anti-dumping rate, ranging from 49.4 percent to 242.8 percent. It is the biggest exporter of aluminum sheet to the US, with $286.6 million worth in 2019.

Bahrain, which exported $241.2 million worth of aluminum sheet, received a 4.83-percent anti-dumping duty rate and an anti-subsidy rate of up to 6.44 percent.

The country reportedly benefited from pricing below the cost of production or the local market of 83 percent, while imports from India, worth $123 million in 2019, benefited from subsidies for 35 to 89 percent.

The final decision is expected to receive approval from the US International Trade Commission (ITC) by April 15.

“If the ITC makes affirmative final injury determinations, Commerce will issue AD or CVD orders,” the department said in a statement, referring to anti-dumping or countervailing duties orders.

The latest tariffs will come on top of the 10-percent duties the US imposed on most aluminum imports under the Trump administration as part of a national security law. 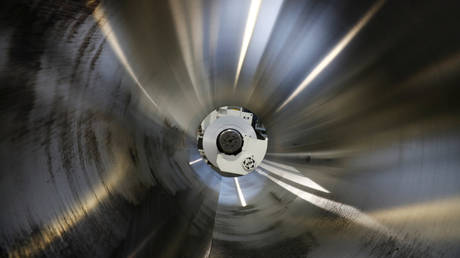