Chinese-owned Swedish car manufacturer Volvo is recalling nearly 2.2 million vehicles worldwide over concerns that the seatbelts could be less effective over time. The recall is the biggest ever for the brand.

The company’s press spokesman, Stefan Elfstrom, told Swedish media that it discovered the “rare” problem with the seatbelts in some of its cars. The carmaker believes that a steel cable connected to the front seatbelts can weaken under certain conditions. The cable can eventually be damaged, leading to “reduced seat belt restraint function.”

Volvo says the flaw has not resulted in any accidents or injuries, adding that the measure is preemptive.

The move will affect cars that were rolled off the production line from 2006-19, including some of the company’s best-selling models, such as the XC60. Previous models, the Volvo S60, V60, V70, XC70, and S80, are also included to the list, while the new generation of cars is spared from the massive recall.

Volvo Cars was acquired by China’s Geely from Ford in 2010. Focused on its “world-leading position within automotive safety,” the brand announced last year that new cars will have a 180kph (112mph) speed limit. 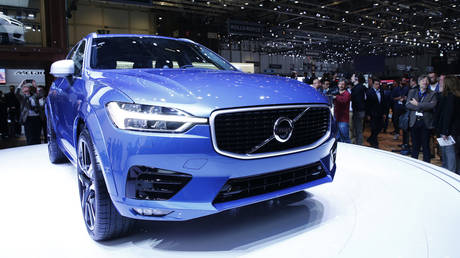