Hanoi has proposed the establishment of a free-trade zone between the Association of Southeast Asian Nations and the Eurasian Economic Union to boost regional cooperation, Russia’s Eastern Economic Forum has heard.

“I offer a number of steps that will allow concluding an agreement on free trade between ASEAN and the EAEU. This may serve as a basis for mustering efforts of all countries to intensify regional cooperation,” Vietnam’s Minister of Industry and Trade Nguyen Hong Dien stated on the sidelines of the forum in Russia’s Vladivostok.

The minister emphasized that the relationship between ASEAN and Russia is crucial for regional and international cooperation, noting that the trade volume between Russia and ASEAN countries surpassed $15 billion in 2020.

He listed energy, agriculture, telecommunications, oil and gas industry, as well as digital economy, transport and green infrastructure among the most promising areas for the proposed cooperation boost. For its part, Vietnam is happy to serve as a bridge connecting Russia and the EAEU with ASEAN nations, the minister said.

The Eastern Economic Forum is currently underway in Vladivostok and will continue until September 4. It is hosting more than 70 business events with delegations from over 50 countries taking part both in person and online. 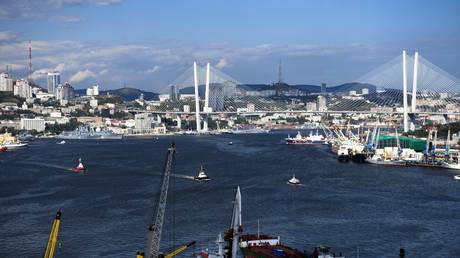 India wants Russia to be major...

India faces a power crisis as...