The UK’s appeals court has ruled in favor of President Nicolas Maduro’s government in the battle to repatriate Venezuela’s $1 billion worth of gold held at the Bank of England, reversing an earlier decision.

The UK High Court ruled in favor of opposition politician Juan Guaido earlier this year, saying that London unequivocally recognizes him as “interim president” of the South American nation, rather than President Maduro. The judgment came as the two sides were battling for access to gold reserves stored in the vaults of the Bank of England.

The UK Court of Appeals overturned the previous lower court ruling on Monday, saying that the gold case should be reconsidered. The judges, led by Stephen Males, found that the UK government’s statements on Guaido may not have reflected the reality on the ground. Thus, London’s recognition of Guaido is “ambiguous, or at any rate less than unequivocal,” the judge said in the ruling.

Venezuela’s central bank, Banco Central de Venezuela (BCV), backed by Maduro, was seeking to release the bullion, saying the country needs funds to battle the coronavirus outbreak, including purchases of necessary medical equipment. The opposition says the funds could be misappropriated and sought to block access for the Maduro government. The British court sided with Guaido after Venezuela sued the Bank of England for withholding its gold, but Caracas won the right to challenge the decision in July.

BCV board solicitor Sarosh Zaiwalla said that the lower court judgment had led to “a completely unrealistic situation.” He earlier stated that the outcome of the case could present “a further threat to the international perception of English institutions as being free from political interference, as well as the Bank of England’s reputation abroad as a safe repository for sovereign assets.” 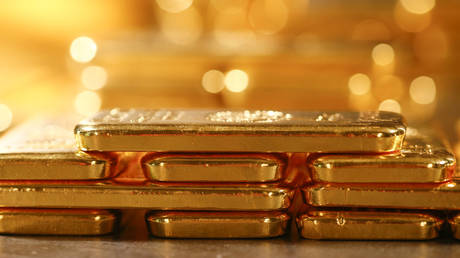