The hosts of RT’s Keiser Report, Max Keiser and Stacy Herbert look at Société Générale’s analysis of the impact of quantitative easing on stock and bond markets.

The financial services group found that trillions of dollars have been transferred to the top one percent who own the vast majority of stocks and bonds.

If Joe Biden becomes president “we are going to see a repeat of 2008” Max says, referring to the global financial crisis.
According to Max, when Barack Obama took office “he didn’t know anything about Wall Street” because of his constitutional law background. “He kind off threw the keys of Wall Street over to Larry Summers and all these other folks. And then they created the global financial crisis.”

Max points out that after the 2008 crash the billionaires quadrupled their wealth while vast swaths of the American population went bankrupt and lost their houses. “So, I’m pretty sure we are going to see a repeat of that with Biden,” concludes Max. 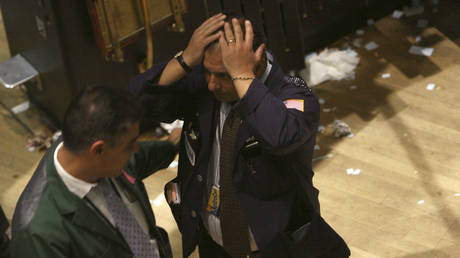 New Covid mink strain would have ‘...