US oil production will probably take more than two and a half years to return to its record 13 million barrels per day (bpd) production from February.

US crude oil production could still be some 16 percent below its February 2020 peak, according to the average of five major forecasters Bloomberg has polled.

The price crash has led to at least 1.5 million bpd of production shut-ins between the beginning of April and late May, according to data from Genscape. By June, production is expected to drop to 10.9 million bpd, with nearly 1.1 million bpd of the drop coming from shut-ins, and another 800,000 bpd from completion deferrals and rig activity reductions.

Some US shale producers have restarted part of the shut-in production.

However, analysts at Enverus and IHS Markit told Bloomberg that production would likely take until at least 2023 to return to the pre-oil price crash levels as the companies who will survive this price rout will have to earn back the trust of Wall Street, which is all but closed for financing for the oil industry, which has borrowed heavily to grow production over the past decade and a half.

Estimates from Deloitte showed this month that over the past 15 years, the shale industry booked a total of US$300 billion in net negative cash flow, wrote down another US$450 billion in invested capital, and saw more than 190 bankruptcies since 2010.

The industry believes there will be a comeback, although growth will be slow, and may not return to pre-COVID-19 levels.

“But I do think it comes back slower because there’s going to be pressure on companies to confine their capital program, maybe not grow dramatically as they were before, because I don’t think the access to capital in the investor community, at least in the public side of the business, is going to be as robust as it was over the last decade,” Lance added. 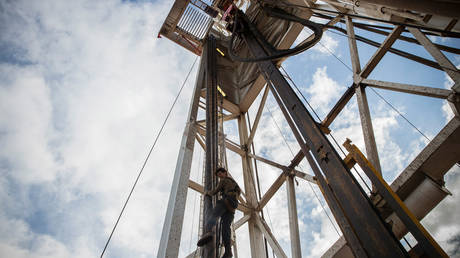 The entire American economy is jus...