US liquefied natural gas exports have crashed by more than 50 percent since January as the US becomes the swing supplier for markets.

Historically low natural gas prices from Asia to Europe and lower demand in the pandemic have resulted in US exports of liquefied natural gas (LNG) dropping from 8.1 billion cubic feet per day (Bcf/d) in January to an expected export volume of just 3.2 Bcf/d in July, the US Energy Information Administration (EIA) said on Tuesday.

Milder winter, lower demand in the pandemic, and high inventories, especially in Europe, have sent natural gas prices at the key benchmarks in Asia and Europe to record lows in recent months, making US exports of LNG uneconomical, the EIA said.

Last year, the United States became the world’s third-largest LNG exporter on an annual basis, behind only Qatar and Australia, as several LNG export facilities started up operations in the US in 2019.

But this year, buyers have been canceling cargoes of US LNG as demand declined and inventories rose, lowering demand for American LNG, which also became uneconomical to ship to markets in Asia and Europe, where the regional benchmark prices hit record lows.

The US has become the world’s swing producer of LNG as liquefaction capacity tumbled in recent months amid an LNG glut, low prices, and weak demand in the pandemic, IHS Markit said in an analysis last month.

“The inevitable has happened. US LNG capacity utilization has begun a turndown in response to market forces exacerbated by COVID-19. We are witnessing an historic event where US LNG is taking on the new role of swing supplier,” Terrell Benke, executive director, IHS Markit, said in a statement.

Total US LNG capacity utilization has declined to 65 percent, and further drops are coming in the summer when utilization rates could drop below 50 percent, IHS Markit said at the end of May.

Based on the number of canceled cargoes for the coming months, the EIA expects US LNG export capacity will be utilized at less than 50 percent in June, July, and August 2020. 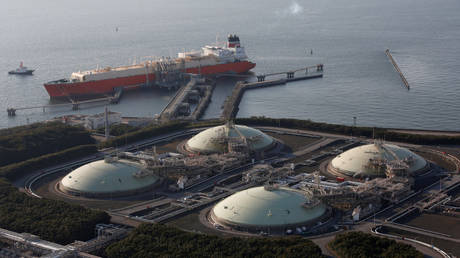 'The most protected player in...