US is back to feudalism, with government treating ‘Americans like peasants’ – RT’s Keiser Report

US is back to feudalism, with government treating ‘Americans like peasants’ – RT’s Keiser Report

The US Federal Reserve currently owns roughly 30 percent of America’s GDP and is on track to own 100 percent, Max Keiser says.

“How is that different than feudal lords of the middle ages, who owned a 100 percent of the economy, and everyone living there was basically peasants?”

Max talks to investor Michael Pento of PentoPort.com about the state of the Fed’s balance sheet and the current economic situation.

The Covid-19 virus exacerbated every problem and every gap there was, Pento says, pointing out that the middle class is disappearing, the gap between very rich and very poor is getting wider, Wall Street is approaching all-time record highs, and yet there are millions of people collecting unemployment insurance.

“What you’re seeing on Wall Street is complete fiction, it’s a fiction created by central banks, it has no semblance of reality to what’s going on in the economy, not at all,” says Pento.

According to Max, “the Fed is in trap,” and “they will keep printing and keep buying stocks and bonds.” He says the attitude toward Americans is they are the new peasants and they have no real rights anymore. “This is the new normal, and we’re back to feudalism, I call it neo-feudalism.” 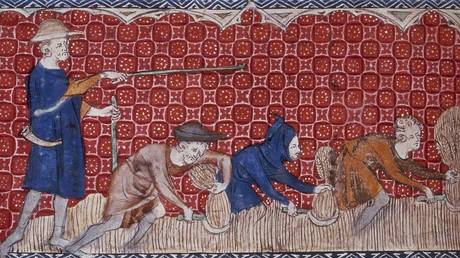 Weddings back on from July – but a...

Google to face another legal c...