US investors boost cash flows into Russia despite sanctions

US investors boost cash flows into Russia despite sanctions

Investments by American businessmen in Russia have increased during the sanctions period, according to Valery Garbuzov, director of the Institute for the United States and Canada of the Russian Academy of Sciences.

“Whole industries and large enterprises in key sectors of the Russian economy have been slapped with sanctions… So, American investors stopped investing in those sanctioned industries and started searching for other opportunities. As a result, American investments in Russia during the period increased because… the American business aims at obtaining superprofit,” Garbuzov said on Thursday at a discussion at the Izvestia Information Center during the Russia-US summit which took place on June 16 in Geneva, Switzerland.

Russian President Vladimir Putin, who met with his American counterpart Joe Biden on Wednesday, told a press conference later that if after the summit Washington imposes sanctions, it will be another missed opportunity in relations.

Last week, Putin said in an interview with Russia 1 news channel that American corporations want to work in Russia, but US policies towards Moscow prevent them from doing business and force them to make way for rivals. “US businesses are eager to operate in Russia, but are being pulled from the Russian market by the ears,” he said. 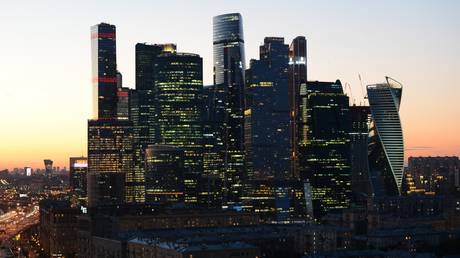 Boris Johnson DID have all the dat...

Who is John Bercow’s wife Sally?