US Gulf Coast crude oil gets its own benchmark

US Gulf Coast crude oil gets its own benchmark

S&P Global Platts and Argus Media will launch new benchmarks for pricing US crude oil that is being exported to replace the West Texas Intermediate benchmark.

WTI serves as a basis, but it is, in fact, linked to oil delivered to the Cushing, Oklahoma, storage hub.

Reuters reports that oil shipments from the US Gulf Coast are only quoted as a premium or discount to West Texas Intermediate, based on crudes produced in Texas, Louisiana, and North Dakota. Yet Cushing has declined in importance thanks to the shale oil boom, which has made the United States an exporter of crude once again.

“Traders will now have the option of a new benchmark that will represent the totality of the Gulf Coast market,” the head of Americas at Argus Media, Euan Craik, told Reuters.

The Argus benchmark, according to the report, will include oil stored at seven locations along the Gulf Coast, including the East Houston terminal operated by Magellan Midstream Partners, three terminals that are property of Enterprise Products Partners, and three offshore facilities in Houston, Seabrook, and Texas City. At a later point, two more locations will be added to the list, including the Corpus Christi terminal and Nederland in Texas.

Platts’ benchmark, dubbed Platts American Gulf Coast Select, or AGS, will be based on light sweet crude produced in the Permian basin and transported by pipeline to the Gulf Coast.

“Cushing has for several years failed to represent the economics of crude oil in this market. Market participants have called for a benchmark that correctly reflects the core of the physical market in the Gulf Coast, rather than a landlocked financial value,” the Americas editorial director of Platts, Richard Swann, told Reuters.

The new benchmarks will seek to put US oil for export on a more equal footing with Brent crude, which is currently used for the pricing of more than 50 percent of the oil exported around the world. 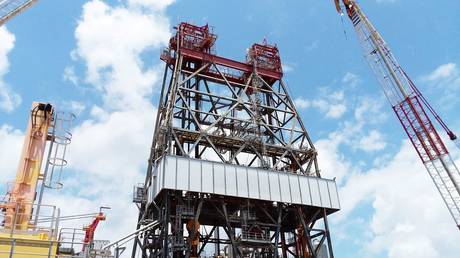