In another stark warning, senior fellow at Yale University and former chairman of Morgan Stanley Asia, Stephen Roach, says coronavirus may cause dramatic decline of the US dollar in the near future.

“In a Covid era, everything unfolds at warp speed,” Roach said, in an interview with MarketWatch.

The prominent economist has, in recent weeks, been warning about the looming fall of the dollar and the end of its hegemony as a global reserve currency. While he previously predicted a 35-percent drop in the greenback against its major rivals, he now stresses that his forecast may happen “sooner rather than later.”

Ballooning US fiscal deficit, which has only worsened during the coronavirus pandemic, is one of the reasons for the imminent collapse, according to Roach. The current state of the US economy also adds fuel to the fire, the financial expert explained, pointing to its current unemployment rate, as millions of Americans are still losing their job each week.

Another alarming sign is the Fed’s balance sheet, where it keeps its asset holdings. Since the Covid-19 outbreak hit the US, it has exploded to more than $7.2 trillion in June, from around $4.2 trillion three months earlier. Roach previously stressed that Washington’s savings and current-account problems “are about to come into play with a vengeance.”

The crash of the greenback is set to coincide with the rise of other currencies, like the euro and the Chinese yuan. However, China will have to push forward reforms, including shifting from manufacturing to services as well as boosting consumer-led growth instead of investment- and export-led growth, to remain attractive to investors. 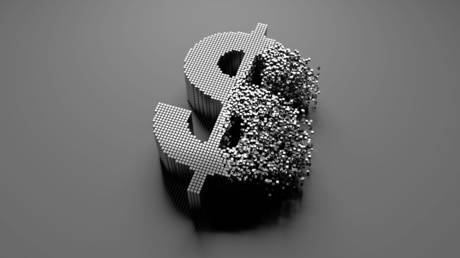 Pub goers WILL have to leave conta...

‘World has never seen this muc...

As global carriers rush to ord...