Washington is considering new tariffs on $3.1 billion-worth of exports from France, Germany, Spain, and the United Kingdom, in a move that could cause further flare-ups in transatlantic trade tensions.

The latest measures by the US were first reported by Bloomberg, which cited a notice from the Office of the US Trade Representative. According to the document, released on Tuesday and available for public comment until July 26, the move is linked to the US-EU row over aircraft subsidies.

The proposed additional import duties, of up to 100 percent, may target a wide range of goods, including chocolate, coffee and olives, as well as some alcoholic beverages, such as beer, gin and vodka. Apart from food, trucks and some tools may also be included on the list of “30 tariff subheadings with an approximate value of $3.1 billion in terms of the estimated import trade value for calendar year 2018.”

At the same time, Washington is mulling hiking tariffs on aircraft produced in France, Germany, Spain or the United Kingdom. Additionally, various food imports from those countries, together with those of other members of the European Union, may be slapped with additional tariffs.

The measures could target European luxury brands, such as Givenchy and Hermes, as well as French conglomerate LVMH, according to Bloomberg. Duties on alcohol may hurt sales of British spirits companies as well as German beer producers, as they will lead to higher prices for their products in the US.

The proposal has already met opposition in the US, with the domestic distilled spirits sector saying that additional tariffs “would only escalate trade tensions across the Atlantic and further jeopardize American companies and hospitality jobs” that are already under pressure due to the coronavirus pandemic.

“The longer these disputes go unresolved, the greater the threat of even more tariffs on our industry,” the Distilled Spirits Council of the US (Discus) warned. It also gave a reminder that Brussels previously retaliated with its own tariffs on US rum, vodka, and brandy and is set to hike duties on American Whiskey to 50 percent next spring.

The news sent European stock markets lower on Wednesday, with shares in London dropping around two percent, while key indices in both in France and Germany were down around 1.7 percent. 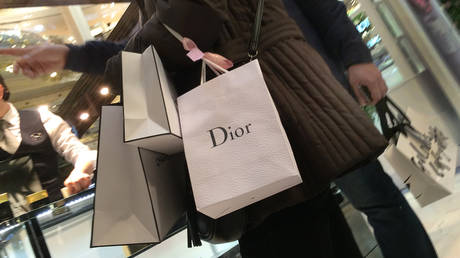