The Trump administration’s anti-China policies, including tariffs and attacks on telecoms giant Huawei, have forced the Chinese government to tighten its grip over Hong Kong, an analyst tells RT.

Speaking to RT’s Boom Bust on the developments in the Chinese territory after Beijing imposed its national security law, Jeffrey Tucker of the American Institute for Economic Research said that it’s unclear how the bill will affect the economy. Some businesses operating in Hong Kong are now concerned that they could be found violating some provisions of the law, and face penalties varying from fines to confiscation of funds.

“The US has given up all leverage over the situation by escalating the problems with China,” the editorial director said, adding that the law could create hurdles for companies.

The analyst believes that the US failed to back the development of private enterprise in China and instead punished Beijing for attempting to adopt a free enterprise model.

“In many ways, the blame for what’s happening in Hong Kong right now really should rest in part with Washington, DC. For years now it’s been one attack after another…that’s made China annoyed and it’s broken down our influence,” Tucker noted. 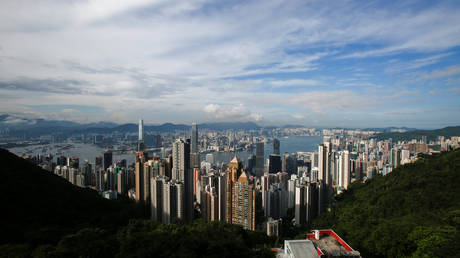