Japanese authorities should compensate the former head of the Nissan-Renault alliance, Carlos Ghosn, for his lengthy and repeated “arbitrary” detention, a UN human right panel has concluded.

Ghosn was detained four times in a row, with two arrests based on the same grounds, and spent more than 130 days in a Japanese jail, according to the United Nations Human Rights Council’s Working Group on Arbitrary Detention report published on Monday. The five-member body, which is made up of independent experts, said such “a revolving pattern of detention” amounted to “an extrajudicial abuse of process” and was in violation of international law.

“The repeated arrest of Mr. Ghosn appears to be an abuse of process intended to ensure that he remained in custody,” the report stated, adding that the detention “was fundamentally unfair.”

Ghosn, who led the Nissan-Renault automaking alliance for over two decades, was arrested in Tokyo more than two years ago. The businessman was accused of hiding his income and enriching himself through payments to dealerships in other countries.

UN rights experts said Ghosn’s right to the presumption of innocence was violated both by media coverage of his arrest, and the way in which he was arrested, which included being handcuffed and tied at his waist with a rope. It also noted he couldn’t properly communicate with his lawyers and family, and was subject to daily five-hour interrogations by the prosecution, sometimes several times a day, in the absence of his lawyer.

Ghosn denies all the allegations against him. He has argued that the real reason for his prosecution was his attempt to deepen the alliance between Nissan and Renault, and accused Nissan and Japanese officials of conspiring to bring him down.

The businessman managed to make a daring escape from Japan while out on bail awaiting trial and fled to Lebanon, and is unlikely to face court in Japan again. However, the UN ruling may impact other cases linked to the former executive, including the possible extradition of Michael Taylor and his son Peter, who Japanese prosecutors accuse of helping Ghosn flee the country.

The panel did not justify Ghosn’s departure, but still called on Tokyo to conduct a “full and independent investigation” of his detention and said the fugitive is entitled to “compensation and other reparations.” However, the Japanese government insists that the prosecution “acted impartially throughout the proceedings.” 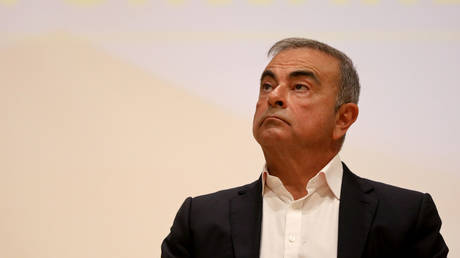