The board of governors of the New Development Bank (NDB) has approved the United Arab Emirates (UAE), Uruguay and Bangladesh as new members after a round of successful negotiations launched in late 2020.

“We are delighted to welcome the UAE, Uruguay and Bangladesh to the NDB family. New members will have in NDB a platform to foster their cooperation in infrastructure and sustainable development,” said Marcos Troyjo, president of NDB, stressing that the Shanghai-based institution would further expand the membership.

According to the NDB internal regulations, the membership becomes effective when the admitted nation completes its domestic processes and deposits the instrument of accession.

The NDB was established by the nations of the BRICS group – Brazil, Russia, India, China and South Africa – back in 2015 to finance major infrastructure projects in developing economies.

Since then, the NDB has approved nearly 80 projects, totaling a portfolio of around $30 billion. They include enterprises in such areas as transport, water and sanitation, clean energy, digital infrastructure, social infrastructure and urban development.

The membership expansion is in line with the NDB strategy to be positioned as the premier development institution for emerging economies. 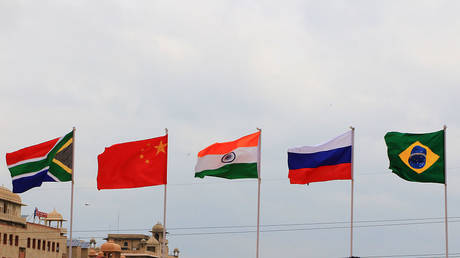