Biogas is a form of energy production that rarely gets attention from mainstream media, but with so much beer going stale during lockdown it has been given a boost.

For beer lovers, it may sound like a tragic waste. For those who abhor waste, it is a tale of the circular economy that could play a vital part in our future. Millions of liters of unsold beer in southern Australia were this year converted into biogas that was then used to power a wastewater treatment plant. The beer that went stale was one of the many commercial casualties of the coronavirus pandemic. When Australia went on lockdown in the spring, pubs, bars, and restaurants closed, leaving tons of produce unconsumed. But rather than taking a loss on the beer, South Australian breweries gave the beer to the Glenelg Wastewater Treatment Plant.

The Glenelg plant produces biogas from organic waste and sewage sludge, and the biogas is then used to generate electricity. And, according to the plant’s management, the ales and lagers the digesters received as a result of the lockdowns were a very welcome addition to the usual mix.

“Beer’s high calorific load and methane potential means it’s perfect for co-digestion and by adding around 150,000 litres of expired beer per week, we generated a record 355,200 cubic metres of biogas in May and another 320,000 cubic metres in June, which is enough to power 1,200 houses,” said the plant’s production and treatment manager Lisa Hannant.

Biogas may have been overlooked in the renewable energy drive, but it is a renewable energy source in its own right. Any and all organic waste can be turned into biogas. All you need is a so-called digester: a sealed tank where the waste is heated so anaerobic bacteria can do their job more easily. Their job? Consuming the organic matter and producing biogas.

At 60 percent methane and 40 percent carbon dioxide, biogas can then be used like natural gas to power electricity turbines, the difference being that unlike natural gas, biogas is renewable. Of course, not all waste is equal, and not all waste makes for good biogas feedstock. Fibre-rich waste, for example, is not particularly good because it takes a lot longer for the bacteria to digest it. But beer worked a charm.

Like high-octane fuel, however, beer is a costly feedstock for digesters. But regular waste is not. Many places around the world turn their organic waste into biogas. As of 2014, the biggest producers globally were China, followed by the United States and Thailand, with India and Canada completing the top five. The fact there is no more recent data easy to find online highlights the way biogas has stayed out of the limelight, which, according to the managers of those hungry South Australia digesters, is not particularly fair.

READ MORE: Time to sup that last pint of stout. It’s closing time for many of Ireland’s pubs amid the Covid-19 catastrophe

Biogas is a versatile fuel. Besides power generation, it can be used for all the things natural gas is used for: transport, heating, and cooking, too. Yet, according to one report, there are major challenges to its wider adoption.

One of these is the availability of feedstock. Odd as this may sound, given that we produce waste constantly, it is one of the biggest barriers to the large-scale adoption of biogas as a fuel, according to this study. Then there is the infrastructure problem, related to the bigger high-cost problem. For now, it appears biogas is most suitable for small-scale production facilities that don’t cost so much to build and operate. But if beer keeps going stale at the rate it has been over the pandemic, maybe we will see a spike in biogas production.

By Irina Slav for Oilprice.com 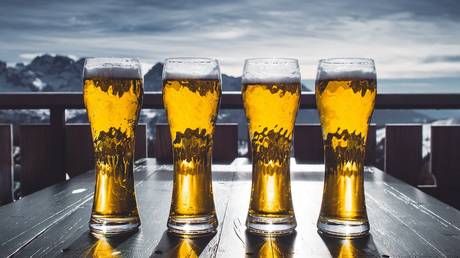 Belarus’ Lukashenko says he is bei...