With President Donald Trump’s taxes making headlines, the worst part of the scandal is that the entire US “corrupt” tax system works differently for the super rich and the rest of the population, RT’s Keiser Report explains.

When Trump refused to release tax returns during his previous presidential campaign and during his presidency, some media started to speculate that this was because of his alleged ties with Russia, the hosts of the show, Max and Stacy, reminded viewers. However, the real reason is rooted in how the US tax code and the entire industry works, but most billionaires and corporations know what loopholes to use.

“There is nothing illegal here, it’s just like the industry of property speculation means you’re carrying huge debts which gobble up, the write-offs are huge so the net taxes could be zero,” Max Keiser says.

Some “power centers” – like Silicon Valley, New York City and Washington DC, Texas and Chicago – have huge tax advantages against the rest of the country, Stacy noted. She points out that Trump is a real estate developer from Manhattan, where no such businessman pays taxes.

“You become a billionaire in America by not paying taxes,” she said. She later added that the elite are “losers” on paper because that’s the only way to avoid paying, while they can afford to hire lawyers to find the necessary loopholes which are different for each sphere.

“The big Trump ‘gotcha moment’ is backfiring because the tax side of the story is a nothing burger… but it does now firmly solidify and prove foreign influence was a non-starter and propaganda by MSNBC and the New York Times, straight up propaganda,” Max noted. 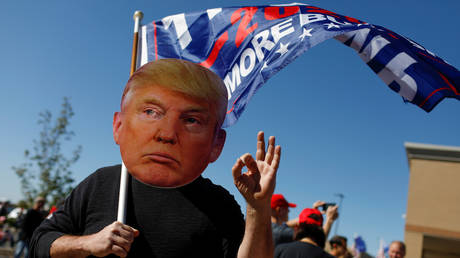