US trade talks with China have been placed in hiatus, after President Donald Trump said he doesn’t want to speak to Beijing anymore.

RT’s Boom Bust is joined by the Host of Economic Update, Professor Richard Wolff, to talk about the deteriorating relations between the world’s two superpowers.

“Listening to President Trump explain that he won’t talk to China because of what it did to the United States is a desperate effort to transfer the blame for not being prepared for the Covid virus, for not being able to contain it…” Wolff says.

According to him, everyone believes this isn’t “anything more than electoral posturing by the president in a difficult election, to look as though he can bash the Chinese, rather like he bashed immigrants and others in the past.”

Wolff stresses: “This is not about trade; trade is a hostage held for the election, and most of the players that matter here believe that, once the election is over, none of this is going to be continued very much further.” 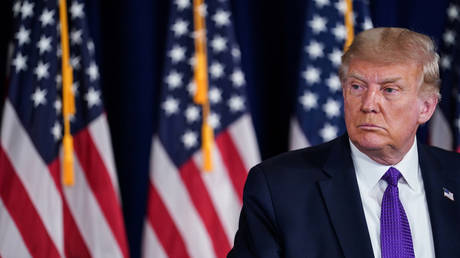