Japan’s Tokyo Stock Exchange (TSE) has shut down all trading for a full day due to a systemwide technical error. Though the exchange says the glitch is unrelated to hacking, it has yet to say when trading will resume.

The TSE said it would halt trading for all of Thursday as it works to resolve the system failure, which was detected some two hours before markets were set to open, adding that it “sincerely apologizes for any inconvenience caused to investors.”

A spokesperson for the exchange’s operator, the Japan Exchange Group, says the error was not caused by a hack, but offered few other details, declining to provide a restart time.

The glitch is not the TSE’s first technical problem, occasionally encountering other errors over the years, though trading is rarely outright halted. Thursday’s computer failure marks one of its largest since 2005, when the exchange was forced to close markets for more than four hours due to a buggy system upgrade.

The Nagoya Stock Exchange, Fukuoka Stock Exchange and Sapporo Securities Exchange – which all use the TSE’s system – have also shuttered trading for the day, according to local media. 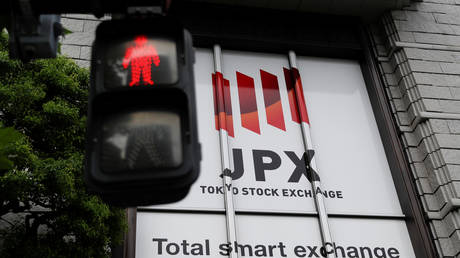