Hungary, an EU country with a population of around 10 million, has tripled its bullion stockpile, leapfrogging into the top third of global gold holders and the top three in the Central and Eastern European region.

The nation’s central bank raised its bullion holdings from 31.5 tons to 94.5 tons as of last month, the regulator said in a statement on Wednesday. The current level of bullion holdings is the highest in decades for the country.

The regulator noted that increasing its bullion holdings was a continuation of a long-term strategy it adopted in 2018, when it increased the reserves tenfold from 3.1 tons to the previous level of 31.5 tons. However, the holdings reportedly remained unchanged for over two years.

The recent addition to the national gold holdings was also linked to new risks arising from the coronavirus pandemic, the bank noted.

“The appearance of global spikes in government debts or inflation concerns further increase the importance of gold in national strategy as a safe-haven asset and as a store of value,” it said in a statement.

Before the Covid-19 crisis hit, central banks’ demand for gold had reached record highs. However, many opted to cash out amid surging bullion prices in the wake of the pandemic. However, central banks tipped back into net purchases of gold in February, according to the World Gold Council (WGC).

While the WGC said that central bank demand for gold remains uncertain, it still expects them to be net purchasers this year. 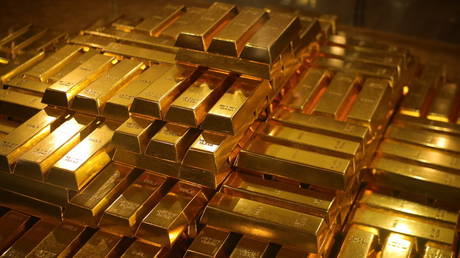 Bitcoin is a ‘Chinese financial we...

Vaccine passport laws ‘to be given...