Close
Trending News
HomeBusinessThere’s no alternative to the WTO, but it needs reform – Putin

There’s no alternative to the WTO, but it needs reform – Putin

There’s no alternative to the WTO, but it needs reform – Putin

Russian President Vladimir Putin has told G20 leaders that there is nothing to replace the World Trade Organization (WTO), but it should be able to cope with current challenges and needs modernization.

“The G20 group needs to continue efforts to find common approaches to reforming the World Trade Organization in accordance with modern challenges,” the Russian leader said as he took part in the G20 summit on Saturday.

“It is impossible to achieve this goal without a stable, effective and multilateral trading system based on universal rules and principles, and there is no alternative to the World Trade Organization at the moment,” he added.

Many global leaders have previously said that the Geneva-based body, which acts as an international arbiter for trading disputes, needs urgent changes and the issue has been on the agenda of multiple international meetings. After their virtual meeting earlier this week, the leaders of BRICS group nations, that apart from Russian includes Brazil, India, China and South Africa, also voiced support for WTO reform. In their final declaration, the five nations said the changes are to make the body “more resilient and effective in confronting global economic challenges and to improve its key functions” in the interest of its members. 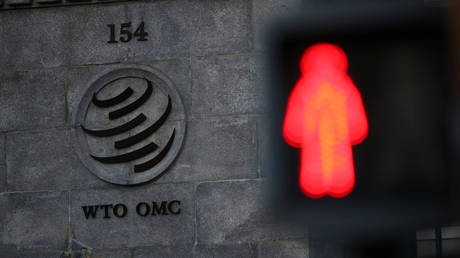