After Russia, Iran and Qatar, the US has the world’s greatest natural gas reserves. But unlike those other countries, it has trouble building pipelines, threatening its ability to supply domestic and international markets.

Americans tend to see issues in black and white: it is industry versus the environment, with little common interest between the two. It’s either you are for us or against us. And this tension is playing itself out in US politics. But the courts are the ultimate arbiters of select disputes.

While conservative judges are viewed as being pro-economic development and liberal jurists are seen as being environmentally protective, the reality is that their ultimate decisions are trying to incorporate all concerns. At least at the nation’s highest court, the Supreme Court, the judges are erring on the side of business development, although they are requiring companies to protect endangered species and environmentally-sensitive areas.

“It is a feature of our American legal system that we have a lot of openness and intervention points,” says Noah Sachs, from the University of Richmond School of Law. “For environmental groups, this is part of the process – potentially to block all new fossil-fuel infrastructure. And if the process can be delayed, everything might change: right now, for example, there’s lots of natural gas on the market and developers may re-evaluate their pipeline projects given the cheap price of natural gas.”

To illustrate those points, the US Supreme Court has either just decided or is about to grapple with three cases that have national implications. The first is Cowpasture River Preservation Association versus the US Forest Service, in which the High Court just ruled to allow the Atlantic Coast Pipeline to burrow under the Appalachian Trail in Virginia.

The second is PennEast versus New Jersey. In that case, a lower federal court stopped the pipeline developer from seizing property owned by the state. The Supreme Court has been discussing the issue this week and will soon decide if it will hear the case.

The last involves the Keystone XL Pipeline, which has become the ‘line-in-the-sand’ for the environmental movement to fight climate change. In that case, a Montana federal court said that a federal agency wrongfully authorized the pipeline. Now, the US government is asking the High Court to step in.

But the pipeline permitting process, along with the legal framework to decide these issues, seems like a never-ending maze. Consider the Cowpasture case: while the High Court has decided to let the developer take the line 600 feet below the environmentally sensitive Appalachian Trail, there are still seven other lawsuits pending that will be decided by a federal court in Richmond, Virginia. In those cases, the justices could tell the developers to go back and redo their work to ensure environmental protection. And then more lawsuits are sure to follow.

In the case, a federal judge said a key US regulator messed up the environmental permit, which allows the developer to get one nationwide permit to cross all streams instead of having to get hundreds of permits from every jurisdiction responsible for each waterway. Now the case is before a higher federal court. If those justices do not reverse the decision or force the developer to redo its work, the cumbersome exercise would add another three years to the pipeline permitting process, and potentially kill the controversial project.

“What is the higher legal authority in following a legal mandate?” asks Mike Mills, partner with the law firm Stoel Rives in its environmental practice. In the Appalachian Trail case, he says that the constitutional issues took precedence over environmental issues – that the courts could not undo Congress’ authorization. And he claims that the Supreme Court will use the same logic for the PennEast case. That is, the 11th Amendment to the US Constitution restricts the ability of companies to bring suits against states in federal courts.

The common thread is that the projects cross federal and state lands and they can go through rivers, roads and parks. Federal law tries to streamline the tasks to avoid having to appeal to hundreds of individual players. In most of these cases, the courts are asked to bring efficiencies and to decide exactly what entity gets to oversee the effort. That’s key, because some federal agencies are more focused on economic development while others zero in on environment protection.

“The deference is to the federal agencies to exercise their discretion under the law,” says Bret Birdsong, a law professor at the University of Nevada Las Vegas, adding that each presidential administration might have different priorities.

As for the Trump administration, it is in favor of resource and infrastructure development. Another administration might have different objectives – choosing instead to prioritize alternative energies and to use such land for recreation. “The courts only see a fraction of the issues involved,” adds Birdsong. “The real place to effect change is at the policy and regulatory levels – the first line of discretion.”

There’s a Battle Royale in the US between the industrialists and the environmentalists over the development of fossil fuels and the construction of pipelines that would carry that oil and natural gas.

On the one hand, the fight causes companies to methodically check every box before they ask for permission to build. On the other, it could prevent or indefinitely delay future development – and thereby cause the country to lose its ability to serve both domestic and international markets. 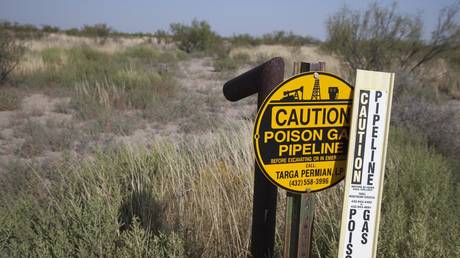