The ratpocalypse? Keiser Report explores pandemic’s severe impact on NYC and… its RATS

The ratpocalypse? Keiser Report explores pandemic’s severe impact on NYC and… its RATS

Since New York City allowed restaurants to serve diners outdoors from June 22, there have been complaints of rodents disrupting meals. Famished during the pandemic, rats – desperate for food – are reportedly attacking people.

Business owners are calling on the city to address the problem, yet the city and the state are focused on how to restart the economy without suffering a devastating second wave.

Max Keiser and Stacy Herbert point out that NYC rental vacancy rates have skyrocketed as a result of the pandemic. People are living for free, not paying rent, they are collecting their unemployment checks. In addition, a growing number of residents are leaving the city.

Meanwhile, property tax is New York City’s largest source of revenue. According to statistics, June saw the lowest number of new lease signings for that month in a decade, with landlords and brokers offering incentives to entice renters. 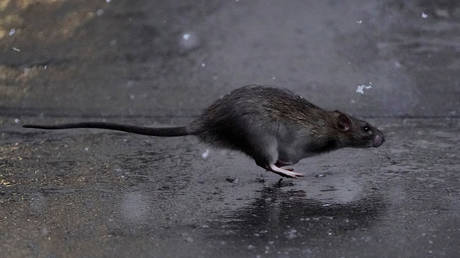