In the modern fiat system, at least 20 percent of listed companies are in the business of shuffling debt, rather than manufacturing or producing anything of value, say Max Keiser and Stacy Herbert.

Corporations have profits only in terms of what they “can engineer on their cash desks,” says Max. “Car companies in America stopped making money from making cars. Now they make money leasing vehicles, then they take the income from those leases and build derivatives portfolios and Ponzi schemes, and then the executives buy back their own stocks… and then they all become billionaires somehow magically.” And that happens even though those car companies were losing money and losing their market share, he explains.

“Every single corporation in America pretty much just doesn’t do what it says it does. They’re gaming the system by giving you free cash from the Fed, if you’re part of the privileged class…”

Stacy agrees. “It’s a faсade for money-printing… We just print money, and the Chinese, Asians and Europeans send us their goods for our printed money. There’s simply been a faсade of having to work.” 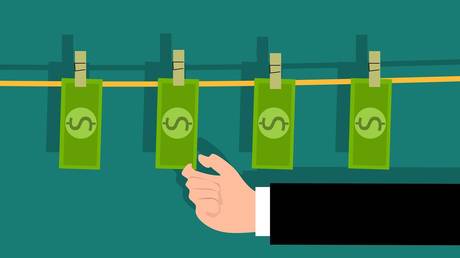 US shale could take years to recov...