Elon Musk’s Tesla Inc. has been sued over a crash last year in which the company’s Model 3 malfunctioned and left its driver with brain damage.

Company founder Musk has described the Model 3 as the “safest car ever built” and Tesla has previously claimed that the car has the “lowest probability of injury of any vehicle ever tested” by the National Highway Traffic Safety Administration (NHTSA).

There is considerable dispute over whether that is actually the case, however, as Musk was sent a cease-and-desist letter by the regulator last year over the “misleading” statements.

And as it turns out, the Model 3 is not immune to causing serious injury, with the vehicle’s airbags failing to deploy on a Maryland highway last year, leaving a college professor with life-altering injuries.

In a 27-page complaint reported by Bloomberg, Kristian Edwards and her husband stated that the company “tested, manufactured, marketed, distributed” a product that was released in a “defective and unreasonably dangerous condition.”

The case is thought to be the first of its kind in targeting the safety of an electric car maker’s airbags. According to the lawsuit, Edwards is seeking compensation for her medical bills, lost earnings and pain.

Faults in Tesla’s autopilot system have been blamed for multiple deaths around the world. On Monday, a Tesla veered into the wrong lane in Germany, killing three people in an oncoming car. The vehicle’s self-driving autopilot was thought to be the cause. 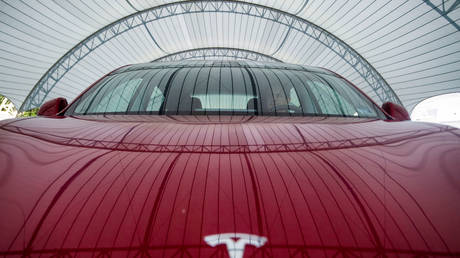 The US has a lot of natural gas th...