Chinese currency trading outside the mainland surged to its highest level in 17 months on Tuesday, with the offshore yuan extending its rally to 6.7136 per US dollar. The yuan retreated slightly on Wednesday, trading at 6.7910.

As part of the phase one trade deal signed with the US in January, Beijing agreed not to devalue its currency to gain a competitive trade advantage.

Analysts say that investors are buying the yuan because China’s recovery is on track while the US dollar is expected to weaken. The yuan is one of the best performing currencies this year as China has racked up a massive trade surplus following the successful containment of the Covid-19 outbreak in the country.

According to Paul Mackel, head of emerging markets foreign exchange research at HSBC, the yuan is expected to rise slightly to 6.70 per dollar by the end of the year before appreciating further to 6.60 by the end of 2021. He also projects an acceleration in bond purchases by global investors.

Increased investor demand for the yuan to allow for the purchases of more Chinese stocks and bonds would also increase the currency’s value, analysts say.

“The yuan’s appeal is resonating with people who missed the initial bandwagon move and are playing ‘catch up’,” Stephen Innes, chief global markets strategist at investment firm AXI, told the South China Morning Post. “Regulators are also very much open to a stronger yuan because [China] wants to promote both its bond and equity markets.” 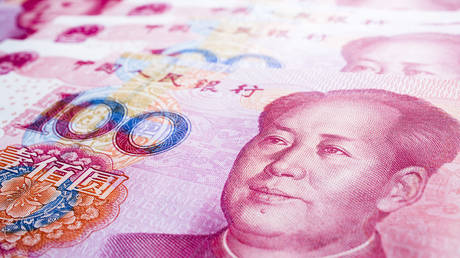