Oil prices face significant downside risk if a second wave materializes in the United States where a new series of lockdowns could seriously harm demand for fuels.

Oil prices hit a four-month high on Thursday, pushed higher by supply restrictions and a global rebound in demand. However, the accelerating spread of the coronavirus across the United States represents a major red flag, threatening another downturn.  Experts had long warned that a second wave might be possible, but the sudden spike of cases across much of the US has caught many state governments off guard. Cases in Texas, Arizona and Florida are nearing “apocalyptic” levels, an infectious disease specialist at Baylor told CNN. The US is breaking new records, with daily cases now routinely topping 50,000.

“It’s really shocking for the market to see US reported infections hitting new highs by the day. News that Thursday was a day of yet another record sobered up the market today and led prices a bit lower, erasing some of the week’s earlier gains,” Rystad Energy’s oil market analyst, Louise Dickson, said in a statement. “If this trend continues, oil demand in the region is at risk.”

Dickson added: “It seems that only new enforced restrictions can restrict the spread of the virus currently in the US and if lockdowns are applied again nationwide the second wave will hit the country’s oil demand hard.”

The US is not alone. Coronavirus continues to spread like wildfire in Brazil, India and other parts of the globe.

Even as forecasts vary, oil market analysts have consistently projected a steady rebound in demand over the course of 2020. Very few factor in a “second wave” into their baseline forecast. For instance, the International Energy Agency sees demand down by 8.1 million barrels per day (mb/d) for all of 2020, with most of those losses concentrated in the second quarter. Demand collapsed in April, but has come back since then, and the agency sees a swift rebound in the second half of this year. The IEA sees demand rising by 5.7 mb/d in 2021.

But a broader “second wave” presents the possibility of another hit to crude demand, throwing all the scenarios of a steady tightening trajectory out the window. One forecast from Rystad Energy finds that oil demand could plunge to 86.5 million barrels per day (mb/d) for 2020, down another 2.5 mb/d from the firm’s base-case forecast of 89 mb/d. The second wave scenario from Rystad sees a demand hit in the period of August to October, as the economic impact from the current spread of infections really begins to be felt. All told, by December, oil demand could be 5 mb/d lower in the event of the second wave relative to the base-case, Rystad said. It’s important to note that in some ways the second wave is not theoretical, as it is demonstrably unfolding in the United States and elsewhere (or, according to some, we are actually still witnessing the first wave, which never ended).

The second wave does not destroy demand in the same way as the first wave did, as most governments refrain from dropping the hammer by imposing strict and far-reaching lockdown measures this time around. Instead, more targeted closures prevent the historic plunge in oil demand seen earlier this year.

But because the markets have picked up optimism over the past two months, betting on steady improvement, the second wave poses serious risks. “[A]n unexpected dip of any magnitude will send the oil price into a tailspin, whether swift and sharp, or long and painful,” Rystad warned.

This presents quite a conundrum for OPEC+. The one-month extension of the production cuts is slated to expire at the end of this month. The group has signaled a desire to ease production cuts, letting the 9.7 mb/d deal loosen to cuts of 7.7 mb/d beginning in August. But adding 2 mb/d back onto the market just as demand suffers another shock would be sub-optimal for crude prices, to say the least.

At the same time, producers are itching to unwind production cuts. “OPEC will not hold back for ever, and will ramp up its production again from August,” Commerzbank said on Friday.

In short, while prices had been picking up steam on the expectation of tightened supplies and rising demand, the market could flip in the opposite direction: supply could come back as demand falls all over again.

“At this point, OPEC+ is the single supply tool to materially tighten the market, but it faces massive storage build-ups as an adversary,” Rystad said. “And if there is a second wave, that storage headache is going to greatly worsen as implied builds again rise.” Without the ability to drain inventories, and with supply rebounding at a time when demand contracts because of the second wave, there is little room for oil prices to rise, the firm added. 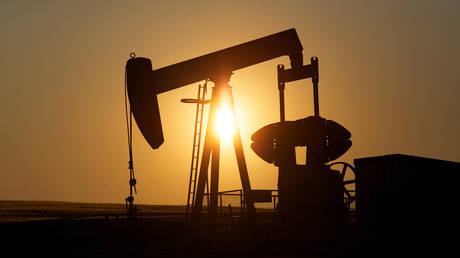