The Russian economy may perform worse than the government expects this year, Russia’s Accounts Chamber head, Alexei Kudrin, warned. However, the contraction would be in line with the global forecast and not as deep as in Europe.

Both Russia’s Ministry of Finance and the Ministry of Economic Development earlier said that they expect the gross domestic product (GDP) – a major indicator of economic health – to decrease less than four percent in 2020 as the result of the coronavirus outbreak. The forecast does not take into account the second wave of Covid-19, which has already started, Kudrin said. According to the latest data, Russia is seeing a resurgence in coronavirus infections, with new daily cases rising from around 5,000 in September to over 10,000 in October.

“Thus, this year’s GDP decline will probably be bigger than the official forecast, somewhere from 4 percent to 5 percent,” Kudrin, who served as Russia’s finance minister from 2000 to 2011, stated on Monday.

While he noted that no precise estimates have been made so far, he believes that the Russian government will also have to adjust the forecast for next year. The Russian Economy Ministry is now predicting that Russia’s GDP will recover by the last quarter of 2021, while the economy is set to return back to sustainable growth of around three percent in 2022.

Those expectations could turn out to be too “optimistic,” according to Kudrin. The official explained that the average annual growth rate over the last six years was less than one percent and therefore the three percent growth can be expected “if we assume that this is a year of a rebound after the crisis.”

Even if Kudrin’s gloomier forecast is more precise, the Russian economy would still do better than most of its European peers. The EU economy is forecast to shrink by 8.3 percent this year, while the euro area economy will contract by 8.7 percent.

The global economy is projected to contract by 4.9 percent due to the coronavirus outbreak, the International Monetary Fund (IMF) said in June. The body is set to release a fresh forecast – the World Economic Outlook – later this week.

The IMF previously said that it expects the world’s largest economy, the US, which fell sharply at a rate of 31.4 percent in the April-June quarter, to contract by nearly six percent for the whole 2020. However, some other predictions are more optimistic. For example, Fitch Ratings has recently upgraded its forecast for the US, and now expects its economy to contract by 4.6 percent this year. 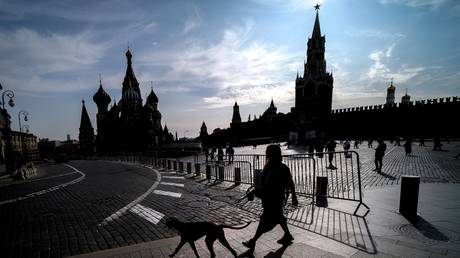 £6million fund to help protect tho...