Saudi Arabia is significantly cutting its crude oil exports to the US this month, with shipments likely to hit a 35-year low and reducing the overhang in US oil inventories, Bloomberg reported, citing tanker-tracking data.

The drastic cut in Saudi crude oil exports to the US is a radical shift from the Kingdom’s tactics from two months ago, when it sent a fleet of supertankers to flood the US market with oil during the price war with Russia at the end of March and early April. Back in April, the tanker fleet from Saudi Arabia coincided with the massive oil demand loss and threatened to overflow US storage capacity.

But after Saudi Arabia and Russia forged a new pact to cut a record amount of OPEC+ production to support oil prices, the Saudis now look intent to help reduce US inventories by withholding supply to the US, the market which reports crude oil inventories every week.

According to tanker shipping data compiled by Bloomberg, in the first half of June, Saudi Arabia sent just one cargo of crude to the United States, equal to around 133,000 barrels per day (bpd). This compares to an estimated 1.3 million bpd of Saudi oil shipped to the United States in April.

Some Saudi tankers haven’t signaled their final destination yet, but if the pace of Saudi crude exports to the US continues for the rest of June, they would hit the lowest in 35 years and help draw down some of the US inventories which are sitting at above the five-year range because of the lost demand during the lockdowns.

Last week, the EIA reported a rise in US crude oil inventories of 5.7 million barrels for the week to June 5 and an increase in fuel inventories.

At 538.1 million barrels, crude oil stocks were at a record high, and way above the five-year range for this time of the year. To compare, at this time last year, US commercial crude inventories were 485.5 million barrels. US gasoline demand averaged 7.9 million barrels per day in the week to June 5, up from 7.55 million bpd in the prior week, but still well below the 9.877-million-bpd demand for the same week a year ago, according to EIA data. 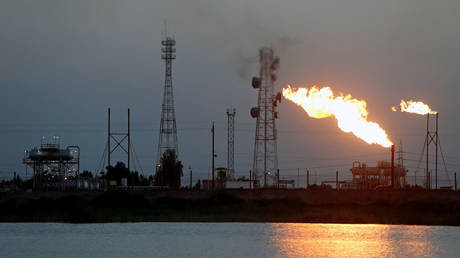 ‘Jamie Dimon is part of the financ...