Saudi Arabia’s economy shrank by 7 percent, with the unemployment rate hitting a record high in the second quarter as the combined effect of the oil price crash and the Covid pandemic hit the world’s largest oil exporter hard.

Saudi Arabia’s gross domestic product (GDP) slumped by 7.0 percent year over year in Q2, the Kingdom’s General Authority for Statistics said on Wednesday. The oil sector contracted by 5.3 percent, while the non-oil sector shrank by 8.2 percent due to the restrictions and lockdowns to curb the pandemic.

In Q2, the value of exports of goods and services plunged by 55.8 percent from a year earlier, mainly due to a 61.8-percent plunge in the value of oil exports, the statistics authority said.

Meanwhile, the Saudi unemployment rate increased to 15.4 percent in the second quarter of 2020, a record high and 3.1 percentage points higher than in the same period of last year.

Among the unemployed Saudis, 63.1 percent belonged to the age group of 20-29 years, the General Authority for Statistics said.

The collapse in oil prices—to which Saudi Arabia itself contributed when it flooded the market with oil during the worst demand crash in April—has forced the Kingdom to take some very unpopular measures such as tripling the value-added tax (VAT), reducing payouts to poorer households, and discontinuing cost-of-living allowances for state workers.

Saudi Arabia’s economic outlook for this year remains uncertain amid the pandemic-driven economic slowdown and the collapse in oil prices that led to the Kingdom slashing its oil production as part of the new OPEC+ pact, Ahmed al-Kholifey, governor of the Saudi Arabian Monetary Authority (SAMA), said earlier in September.

Saudi oil revenues have been plunging year over year since March, while the deficit in the Kingdom’s finances in Q2—the worst quarter for oil in decades—stood at $29 billion because of the continued slump in oil prices and oil demand. 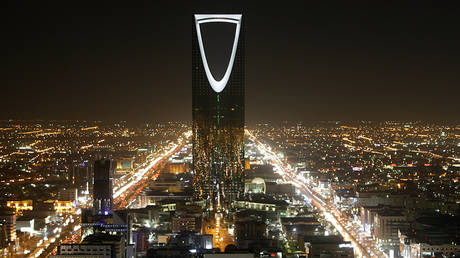