The value of Saudi Arabia’s oil exports plunged by 54.8 percent year over year in June, or by US$8.7 billion (32.6 billion Saudi riyals), data from Saudi Arabia’s General Authority for Statistics showed on Wednesday.

Since Saudi Arabia initiated the oil price war in March, the value of the Kingdom’s exports have dropped in each of the following months through June, data from official Saudi statistics show, as prices plummeted with the coronavirus-driven demand crash and the Saudis flooding the market with oil in April.

Oil revenues for the world’s largest oil exporter, Saudi Arabia, continued to slide in May after the Kingdom ended its oil price war with Russia, with the income from oil exports plunging by 65 percent year on year, data from the General Authority for Statistics showed last month.

The value of Saudi Arabia’s oil exports plunged by US$11.8 billion (44.277 billion Saudi riyals), or by 65.0 percent year on year in May, the General Authority for Statistics said.

The drop in oil revenues for May followed a similar drop of US$12 billion in Saudi oil revenues for April, when the Kingdom made good on its promise to flood the market with oil, contributing to the oil price plunge to the lowest level since 1999 together with the crash in demand during the lockdowns in Europe and the United States. 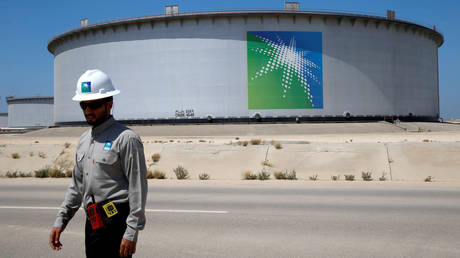 Beijing accuses US of ‘naked provo...