Saudi Arabia and Kuwait have restarted production at the Al-Khafji oil field in the neutral zone between the two countries, Turkey’s Anadolu Agency reported, citing a statement by the acting CEO of the Kuwait Gulf Oil Company.

The official Twitter account of the company posted an update yesterday, saying (via Google Translate) “Congratulations on the occasion of the resumption of production in joint abundance operations.”

An earlier report by Argus News from late June said Saudi Arabia and Kuwait had plans to restart both oilfields in the neutral zone—Al-Khafji and Wafra—this month.

Al-Khafji is one of four offshore and one onshore field located in the neutral zone between Saudi Arabia and Kuwait. Of these, just two fields—Al-Khafji and Wafra—pumped half a million barrels daily until 2015.

Operational differences and a worsening in bilateral relations led to the suspension of production during that year. The worsening came as Saudi Arabia renewed Chevron’s concession for Wafra. According to the Kuwaiti side, Riyadh did that without consulting it.

Negotiations on the restart of the fields began in 2018, and Wafra and Al-Khafji began producing oil again in late 2019. However, in May, Kuwaiti media reported that production at Al-Khafji would be suspended in June as part of the OPEC+ agreement to curtail the global supply of crude oil by 9.7 million bpd in May and June.

The news of the restart is somewhat surprising, however, after OPEC+ agreed to extend the deep cuts through the end of July as prices did not react as favorably to the cuts as OPEC+ expected. 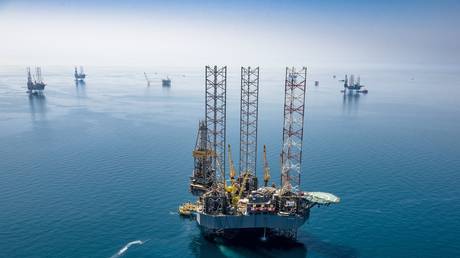