Russia continues to boost its gold and foreign exchange (forex) holdings, which have reached a total of $585.8 billion according to the latest data released by the country’s central bank.

The nation’s international funds grew by $5.1 billion, or about 0.9 percent, from September 25 to October 2. The regulator said that the growth was driven by “positive exchange rate revaluation and higher gold prices.”

Statistics show that since January 1, Russia boosted forex reserves by $31.4 billion. They were up by 18.3 percent last year.

The recent record rally in gold prices drove Russia’s international holdings to all-time highs in August, when they surpassed the $600-billion level. The previous record of $598.1 billion was reached in August 2008, right before the global financial crisis.

The state’s international reserves are highly liquid foreign assets comprising stocks of monetary gold, foreign currencies and Special Drawing Right (SDR) assets, which are at the disposal of the Central Bank of Russia (CBR) and the government.

The current level of holdings is higher than the target of $500 billion set by the CBR several years ago. Russia has been boosting its reserves for four years running.

The country has also been reshaping its international holdings, cutting the share of the US dollar in favor of other currencies and gold. Last year, the CBR reported that the greenback share fell from 43.7 percent to 23.6 percent in 12 months from March 2018. 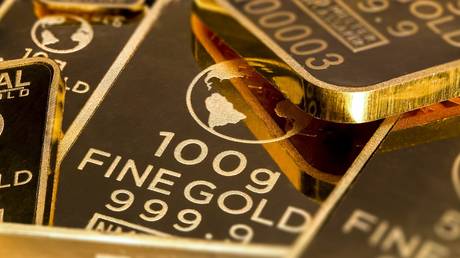