Russian energy major Gazprom pumped more gas to China than it had initially planned, boosting daily supplies by as much as 25 percent, according to the company’s data.

The average daily volume of Russian gas exports to its eastern neighbor exceeded the amounts agreed between the two sides last month and between November 1 and November 20, Gazprom revealed after talks with its key Chinese partner, the China National Petroleum Corporation (CNPC) on Friday. In addition to regular shipments, the daily supplies surged by a record 25 percent on November 12.

The previous record was set in October, when the Russian energy company exceeded the agreed amounts of gas exports by 20 percent.

Russia is set to further increase the supplies of piped gas to China next year, including via the Power of Siberia link as well as the Power of Siberia 2 project, Gazprom said. The latter pipeline entered the design stage earlier this year, and will be capable of delivering as much as 50 billion cubic meters of gas once finished. 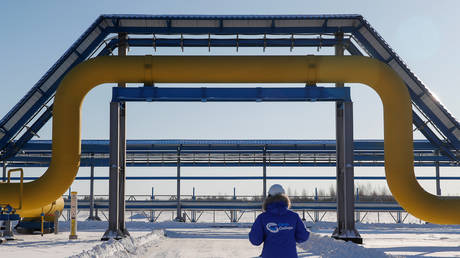