Founded by the former English teacher in 2004, Wildberries has become Russia’s largest online retailer. In January, the company launched sales in Poland, making it the first European country in which the retailer operates. Since then, it has also added Slovakia to its list of fresh markets.

“We will try to take on EU peers,” the Wildberries boss told TASS. “Our market is highly competitive, we shouldn’t stop. We wish to become number one in e-commerce in Europe.”

It had earlier been reported that the retailer plans to expand its presence to another 10 countries, including France and Germany. If it succeeds, Wildberries will have an online presence in 17 countries. European e-commerce has been rapidly growing over the past years. Last year, online sales in Europe hit €621 billion (nearly $700 billion) rising from €547 billion in 2018. In 2017, turnover stood at €489 billion.

Wildberries will have to compete with US online giants like Amazon, which is the most popular online marketplace in Europe. European rivals also include German retailer Otto and British chain John Lewis, each of which has a massive online turnover.

Apart from tapping into the huge EU market, Wildberries says it wants to provide growth opportunities for Russian businesses that suffered from the economic fallout of Covid-19. According to the CEO, goods produced in Russia can become more competitive in Europe as the ruble exchange rate falls, making the items cheaper for European customers. “We see a window for growth here, and people are more eager to start their own business,” Bakalchuk said. 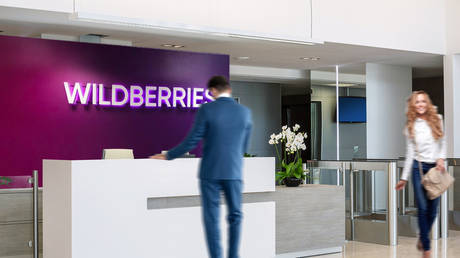