Gold output in Russia continued to grow, surging by 9.6 percent from January to February compared with the same period of last year, said the country’s Ministry of Finance.

Production for the period included 31.75 tons of mined gold, the ministry reported. Accompanying mining rose to 2.85 tons, while secondary mining was slightly down to 5.11 tons.

Statistics showed that production of mined silver has also increased during the period to 142.30 tons year-on-year.

Russia has been steadily piling up gold in its national reserves, which hit $566 billion as of May 1. The bullion holdings alone are worth over $126 billion, according to the country’s central bank. The current level of gold and foreign currency holdings is almost 20 percent higher than the target of $500 billion set by the central bank several years ago.

Moscow’s growing appetite for the yellow metal comes as Russia, together with some other countries, is diversifying its reserves away from the US dollar. Last year, the Central Bank of Russia reported that the share of the greenback fell from 43.7 percent to 23.6 percent in 12 months from March 2018. 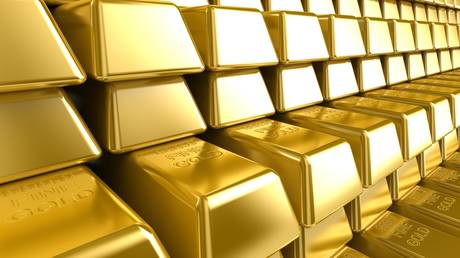 Huawei may get permission to build...

When and how does the US gover...