The Russian government expects the country’s economy to grow by 4.2% this year, Prime Minister Mikhail Mishustin announced at a meeting on Tuesday.

“The recovery of the Russian economy after a rather difficult period is becoming more and more stable. By the end of this year, we expect GDP growth at 4.2%. This suggests that anti-crisis measures have proved their effectiveness,” Mishustin said.

Earlier, Russia’s Ministry of Economic Development published its own forecast, stating the same figure for Russia’s GDP in 2021 and predicting a further 3% growth in 2022. According to the head of the department, Maxim Reshetnikov, with the gradual withdrawal from the OPEC + oil output deal set for 2022, the country’s oil industry will be restored to pre-pandemic level and contribute to GDP growth.

Meanwhile, the Paris-based Organization for Economic Co-operation and Development (OECD) also improved its outlook for Russia’s GDP growth in 2022 to 3.4%, which is 0.6% higher than its May estimates.

In its September report published on Tuesday, the OECD noted that Russia, as well as Argentina, Brazil, Mexico and Turkey, saw “unexpected increases in inflation” that “will continue for some time.” However, it also stated that “tightening monetary conditions in many of these countries should nevertheless help curb domestic price pressures, especially by the second half of 2022.” 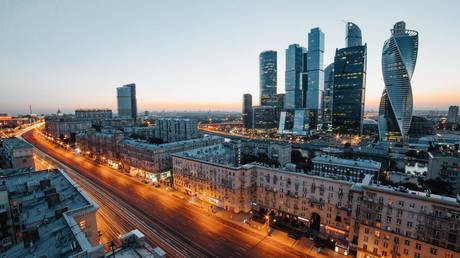