In the first eight months of the year, China spent some $837.32 million on Russian gas, which is a 98.94% increase compared to the corresponding period last year, the Chinese General Customs Administration said on Monday.

According to the ministry, Turkmenistan continues to be China’s top supplier of natural gas, delivering 15.95 million tons of gas for $4.2 billion this year. Russia is in second place in terms of supply volume, followed by Kazakhstan with 3.17 million tons for $723 million, and Myanmar with 2.01 million tons for $922 million.

According to Gazprom CEO Alexey Miller, gas consumption in China is growing faster than in any other country of the Asia-Pacific region.

He predicts China’s natural gas imports will reach 300 billion cubic meters per year by 2035 and sees gas consumption in the Asia-Pacific region growing by 1.5 trillion cubic meters by 2040, with 60% of the volume falling on imports.

“For the Asia-Pacific region, it is very important to ensure that the energy balance of these countries is environmentally friendly. This means that natural gas should play a significant role in it because it is natural gas that is the cleanest, most reliable and accessible natural resource. Most importantly, in terms of development of technological consumption, it is difficult to find an alternative to it,” Miller stressed.

Meanwhile, China has also imported $25.1 billion worth of Russian oil in January-August 2021, which is a 30.4% increase year-on-year. However, despite the growth of imports in value terms, the physical volume of crude imported from Russia to China decreased by 7.3%, to 52.92 million tons. Still, Russia retains its position as China’s second-biggest oil supplier after Saudi Arabia, which sold 58.49 million tons to China in January-August for $27.26 billion. 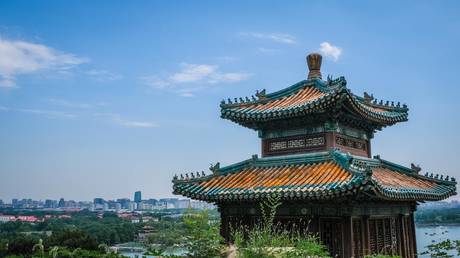