One of Russia’s leading e-commerce companies, Ozon, could raise as much as $750 million when it enters the US stock market, Reuters reported citing financial market sources.

The company behind one of the largest online marketplaces in Russia, selling everything from electronics to food, Ozon, announced in October that it sent a “draft registration statement” to the Securities and Exchange Commission (the SEC) to list its ordinary shares on the Nasdaq. The application was registered by the SEC earlier this month, but neither the number of shares to be offered nor the price range have been revealed so far.

Market players initially said that the Russian online retailer, sometimes compared with Amazon, could raise at least $500 million through the initial public offering (IPO) in the US. However, the proposed offering may reach $750 million, Reuters said on Friday citing three financial market sources.

Sberbank CIB, the corporate and investment branch of Russia’s most popular lender, which is one of the organizers of the upcoming IPO, earlier valued Ozon at between $4 billion and $8.5 billion, according to Forbes. Some other IPO underwriters put the company’s valuation in a similar range, while Goldman Sachs reportedly set the upper end of the valuation at $12 billion.

The company is set to start trading in the US this year if its application does not face any delays. Ozon would become the first Russian IPO on the American stock market since 2019.

In case of a successful IPO in the US, Ozon is reportedly considering domestic listing on the Moscow Exchange to attract Russian investors. However, the company did not comment on those plans.

Ozon became Russia’s third biggest online store by sales revenue in 2019, according to Data Insight. The coronavirus pandemic has boosted the fast-growing sector in the country. Ozon notched up nearly 190 percent growth in the second quarter and more than 150 percent for the first six month of the year, as people switched to online shopping amid the country-wide lockdown. 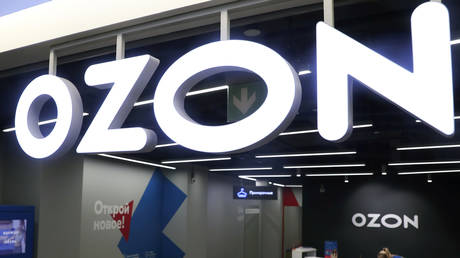