Russia’s response to the coronavirus outbreak and government stimulus measures will prevent the national economy from falling more than five percent, according to the country’s Industry and Trade Minister Denis Manturov.

“Through the ongoing efforts, we expect to contain the contraction of the economy within five percent by the end of 2020, and return to growth already next year,” he said during an online meeting of BRICS Ministers of Industry on Monday.

The minister noted that Russia launched a $77 billion recovery plan to offset economic damage from the coronavirus pandemic. The package aims to support structural changes in the national economy, including through stimulating high-technology industries and encouraging non-energy exports.

While the coronavirus was less damaging to the country’s economic performance in the first three months of the year, the impact of the pandemic was seen in the second quarter, when Russia’s GDP shrank 8.5 percent year-on-year, according to the state statistics agency data. The drop was less severe than the government had earlier predicted, and fell within the central bank’s forecast of between 8-10 percent. The regulator earlier said that it expects the Russian economy to shrink between 4.5 percent and 5.5 percent in 2020, while the recovery may take up to a year and a half. 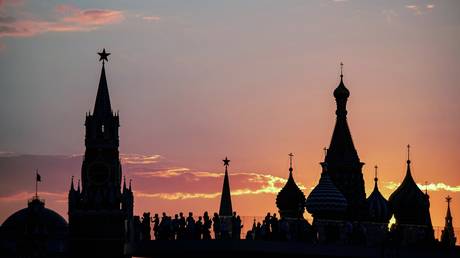