The Russian economy shrank 3.6 percent in the third quarter, improving by more than half from the eight-percent drop during the previous quarter, when the government shut down the economy to try to contain the Covid-19 outbreak.

The preliminary results of the July-September quarter, presented by Russian state statistics agency Rosstat, were slightly better than some of the previous government estimates. According to the Ministry of Economic Development, Russia’s GDP dropped 3.8 percent over the same period.

The last quarter shows that the Russian economy has gained momentum since the second quarter, when GDP fell by eight percent year-on-year due to strict countrywide restrictions triggered by the coronavirus outbreak.

The positive trend was driven by the reopening of the economy, which allowed some of the virus-hit sectors to start recovering. According to the statistics, agriculture grew by 2.7 percent. Analysts noted that the improvements were also supported by deferred demand, as people started buying items like cars and household appliances.

Some sectors are still under severe pressure. Production decreased by five percent, while extraction of mineral resources dropped by 11.5 percent due to Russia’s obligations under a deal with leading oil exporters known as OPEC+.

According to Rosstat data, retail turnover was down by 2.5 percent in the third quarter compared to the same period last year, while passenger traffic was almost cut in half.

Economists warn that the positive trend may not last and we may see a deeper slump in the last three months of the year. They say the sectors that have seen a recovery already hit a plateau, while consumer demand is still below pre-crisis levels, creating conditions for negative dynamics. 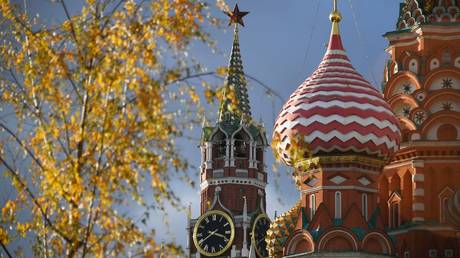 China about to pull off ‘diplomati...

High-tech mask that sobers you up...