Online shopping was booming in Russia last year, with trade volumes increasing by nearly 60 percent compared to 2019, according to a business group representing major online retailers operating in the country.

Russian purchases from foreign and domestic online stores totaled 3.22 trillion rubles (around $43.76 billion) last year, the Association of Online Traders (AKIT) said in its latest report, as cited by the media. The most significant growth was seen in Russia’s domestic e-commerce market, as turnover almost doubled compared to a year ago to reach 2.78 trillion rubles ($37.72 billion) in 2020.

Electronics and appliances as well as clothes were in high demand, with Russians ordering those goods most from both domestic and foreign vendors.

According to AKIT president, Artem Sokolov, no one could imagine that the Russian e-commerce market would grow beyond three trillion rubles just one year ago. He explains that the pandemic has triggered the development of new services and forms of sales as well as previously unseen collaborations between different brands.

The share of the local e-commerce market increased by 15 percent and reached 86 percent last year, according to the group. Meanwhile, cross border sales dropped from 29 percent to 14 percent, as the pandemic disrupted supply chains and it took much longer to deliver goods from foreign vendors.

This year, however, Russia’s e-commerce market is not expected to enjoy similar “explosive growth,” Sokolov predicted. In 2021, the total turnover is projected to hit 3.75 trillion rubles ($50.93 billion), with Russian retailers accounting for most of the sales. 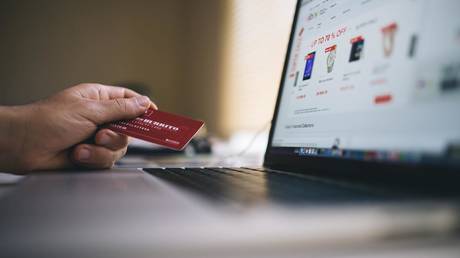