Russia’s export of agricultural goods has increased by 16% in annual terms, reaching $16.855 billion, the country’s Agriculture Ministry reported on Wednesday.

Russian exports of fat-and-oil products in the reporting period through August 1 grew by a hefty 39% to $3.852 billion, while meat and dairy product exports surged 25%, adding $773 million to the budget. Grain remains the largest export category, bringing in $4.755 billion – a 13% increase. Exports of fish and seafood supplies also grew by 6%, to $2.93 billion.

The EU and China were the biggest importers of Russian agriculture goods during this time, each accounting for 12.4% of Russia’s total exports. Turkey accounted for 11.9% of total exports, and South Korea for 7.8%. Other importers include Kazakhstan, Egypt, Belarus, Ukraine, Uzbekistan, and Azerbaijan.

Exports to European countries have increased significantly over the past year, up by 31% in annual terms and amounting to $2.087 billion, while deliveries to China fell by some 4% ($2.083 billion).

The Chinese market has been increasingly interested in Russian meat, having imported 3,700 tons of Russian beef in the first quarter of 2021 alone. Data shows that Russia has become China’s major beef supplier, beating Australia, Argentina, and Brazil after those countries faced export-meat shortages due to the Covid-19 pandemic. 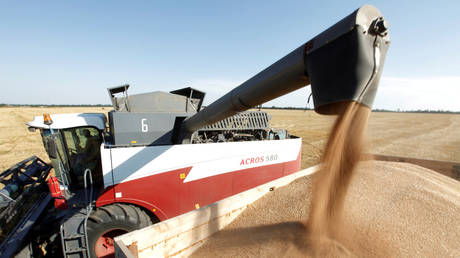 Youngsters could be paid to get Co...