Russia and Japan have signed a statement of intent on sustainable energy cooperation between the two countries at the 6th Eastern Economic Forum (EEF) that kicked off in Russia’s Vladivostok on Thursday.

The document, signed by Russian Energy Minister Nikolai Shulginov and Japan’s Minister of Trade, Economy and Industry Hiroshi Kajiyama, covers a variety of potential projects in the field of sustainable energy, including the supply of liquid natural gas (LNG) and condensate, joint development of renewable energy sources, production of hydrogen and gas chemistry products, as well as CO2 capture and storage.

The officials head the Russian-Japanese Energy Consulting Council, which is now to form a working group on cooperation in the production of hydrogen, ammonia fuel and carbon processing.

Shulginov also invited the Japanese delegation to take part in the upcoming Russian Energy Week and the World Energy Congress, which will be held in Russia’s Saint Petersburg next year.

The three-day Eastern Economic Forum is currently underway in Vladivostok and will last through September 4. The forum is to cover a variety of topics with a key goal to expand the economic development of Russia’s Far East and international cooperation in the Asia-Pacific region. The program will feature more than 70 business events, forum organizers said earlier this week. 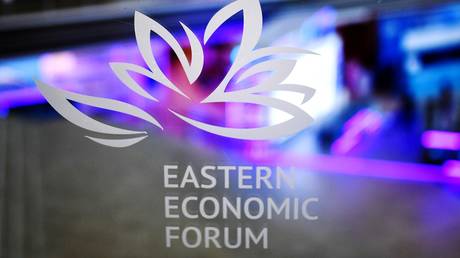