OPEC+ is not discussing or planning changes to its production cut agreement, which should see the oil producers ease the cuts in August, Russia’s Energy Minister Alexander Novak said at an online conference on Thursday.

OPEC+, led by Russia and OPEC’s top producer Saudi Arabia, agreed in June to extend the record production cuts of 9.7 million barrels per day (bpd) by one month through the end of July.

The group is not discussing any changes to the parameters of the deal for after July, Novak said, noting that the producers would thus start to ease the record cuts of 9.7 million bpd to 7.7 million bpd.

Commenting on the global oil supply during the demand crash in April, the Russian minister said that the oil glut likely reached 1 billion barrels when demand was worst hit in the pandemic and the measures to contain it.

But OPEC+ has started to influence the supply-demand balance, and the oversupply continued to shrink in June, he added.

“I hope that figures in July will show that we have reached market balance and even a deficit in supply,” Novak said.

While Russia expects that the OPEC+ production cuts will start easing in August, OPEC’s leader Saudi Arabia is still busy trying to have laggards in the deal, such as Iraq, Nigeria, and Angola, fall in line with their quotas and compensate for previous non-compliance in May and June.

READ MORE: Surviving assassination attempts and being kidnapped by Carlos the Jackal: The extraordinary life of the oil man who was Mr OPEC 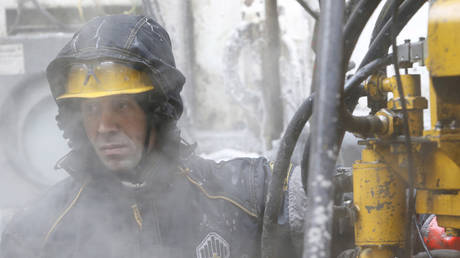 Goodbye ‘Queen of the Skies’: Boei...