Bilateral trade between China and Russia has “undoubtedly” been affected by the Covid pandemic but is expected to surpass $100 billion by the end of the year, according to the China Overseas Development Association (CODA).

Its secretary general, He Zhenwei, told RIA Novosti that “although the epidemic is currently affecting cooperation, trade between the two countries will show significant growth, particularly in the second half of the year.”

Domestic demand in China is continuously increasing and Russia is boosting exports to the country, he said. He also noted that Russia produces environmentally friendly non-GMO products.

Trade between the two countries has been growing, and in 2019 Moscow and Beijing said they had eliminated all barriers that could impede their fast-developing cooperation. The two sides also announced the ambitious goal of doubling the volume of trade to $200 billion by 2024.

China’s new ambassador to Russia, Zhang Hanhui, said that Beijing considers Moscow a trusted partner and is opening its markets more and more to Russian goods. The diplomat added that while Beijing was embroiled in an escalating trade war with Washington and was cutting imports from the US, especially agricultural products, it needed new suppliers, and sees Russia as a good replacement.

“We will choose a new supplier. And Russia is the most reliable one,” said Zhang. 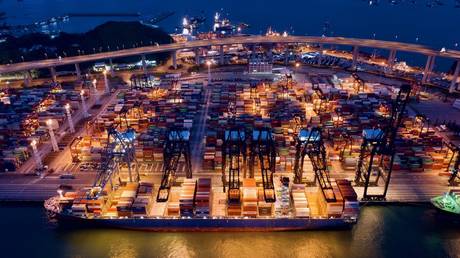