The Russian trade minister has called on the members of the BRICS trade alliance to increase the volume of settlements in national currencies to be more independent from Washington’s policies.

Denis Manturov suggested the possibility of boosting non-dollar settlements during a videoconference with fellow BRICS trade ministers on Monday. According to Manturov, trade in national currencies is a key aspect of the cooperation of the five-nation alliance that includes Brazil, Russia, India, China, and South Africa.

“Rational, balanced use of this tool will help to increase the stability of our countries’ economies and reduce dependence on US’ policies,” he said.

Manturov called on the fellow ministers to use the BRICS’ New Development Bank (NDB) more actively, which was specifically created for these purposes.

The five-nation block has a combined nominal GDP of $21 trillion and represents more than 40 percent of the world’s population.

The NDB, with an initial capital of $100 billion, was established in 2014 and formally opened for business a year later. Its goal is to mobilize resources for infrastructure and sustainable development projects in emerging economies. Headquartered in Shanghai, the bank has a regional office in Johannesburg, and is planning to open more centers in Moscow as well as other Russian cities. 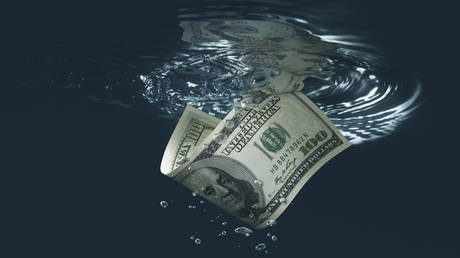