The city of Vienna has reportedly suffered the first setback in a dispute with descendants of the Rothschild banking dynasty, who sued the authorities over a charitable trust with assets worth up to €110 million ($130 million).

American investor Geoffrey Hoguet filed lawsuits on behalf of his family against the Austrian municipality earlier this year. The case is centered around the family’s foundation, set up by Albert Freiherr von Rothschild in 1907 and taken away from the family after the Nazi takeover of Austria. Nearly 80 years afterwards, the heirs accused the city of misappropriating the trust and benefiting from its assets.

After a months-long legal battle, the court finally sided with the American billionaire’s legal team, Austrian daily Kurier and the Guardian reported. The judge ruled that an independent “collision curator” is to be appointed to represent the charity in legal proceedings. This allowed Hoguet to celebrate an early win.

“The decision is an important first stage win in our legal battle with the city of Vienna to correct the course of Nazi-era injustices endured until today,” Hoguet said as cited by media. He added that the decision signals that the court “recognizes the improprieties” conducted by the municipality since the Nazi seizure of the trust.

The assets of the foundation are valued at more than €110 million and include a massive endowment and two clinics, one of which is a late baroque palace. The Nazis seized control over the fund and dissolved it in 1938, but it resumed operations 18 years later. However, the family was not aware of this, it says.

The Rothschilds say that the fund was re-established in “disregard for the original charter,” allowing the city of Vienna to administer the endowment’s assets. It was initially meant to be run by a 12-member committee, with most board members nominated by the Rothschild family.

With the city in charge of the foundations, it was able to sell valuable property at “grossly undervalued” prices, the family claims. It also accuses the municipality of amending the charity’s charter to make the city “the ultimate beneficiary of all of the Rothschild Endowment’s assets.” However, the Viennese authorities argue that Hoguet’s arguments are “not tenable” and the foundation was settled “completely in line with [its] original purpose.”

The descendants now want to reestablish the foundation in its original form and reinstate the 12-member managing board. They also say that the claim is not about making “personal profit,” but to provide psychiatric help for the needy. 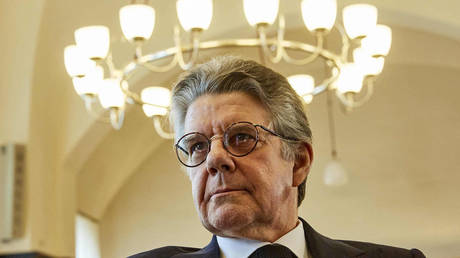